This article simultaneously appeared in SOCALshowbiz.com on August 3, 2015 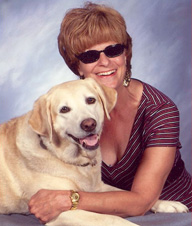 Tina Wilson is a voice-over professional based in Orange County, California. She grew up in the Chicago area and always knew she wanted some form of show business to be a part of her life. Her mother had been a singer with a big band and music was playing in her home all the time. Tina began singing around the house when she was 2 years old and began performing in talent shows and in school plays whenever she could. Tina attended North Park University in Chicago and earned a BA in English.  After graduation, she worked in Chicago for about a decade, mostly singing and playing guitar in local hotels and lounges.  One of the highlights for this Chicago native was being able to perform the National Anthem at Comiskey Park, at a Chicago White Sox home game.She then relocated to Phoenix, Arizona to pursue a career with a country and western band. Tina eventually went off on her own to continue singing jazz in clubs in the Phoenix area, as well as, singing in duos, trios, and as a soloist on guitar. Along the way she got married and moved to northern Idaho where she took a hiatus from her performance career.

Her husband was transferred to Irvine, CA which brought her to California in 1999. Although she sings professionally, her primary career is in the voice-over industry. It was in California that Tina took her first voice-over class and realized that a whole new field was opening up for her and that this was definitely what she wanted to pursue. Since she’s been in this business, she has learned that every job is different and interesting in its own way, whether it be a commercial, narration or an on-hold message. No two days are ever the same. She loves every part of the voice-over business from recording in her home studio, down to the editing and engineering in order to get the project to sound professional and ready to be sent out. When she first entered the voice-over field, she did not realize that she would have to learn how to use her own studio and do her own engineering. Tina’s voiceover clients include Chick-fil-A, Mazda, Goodwill Industries, Hunterdon Healthcare, Wonder Ware West, Keystone Automotive, Maxon Steel, Local.com, the Follett Corporation, and Pamela Peak Productions that featured her voice acting in the PBS documentary, “Voices of a Never Ending Dawn.”

Tina has served on the boards of many local industry organizations including Media Alliance of Orange County (MAOC), Media Communications Association International (MCAI), Orange County Ad Federation (OCAdFed), to name a few. She has served in many capacities, including president and vice president of membership. She is also a member of VO Peeps, an international organization of voice-over professionals.

Editor’s note: Over the last ten years or so, Tina Wilson and I have served on several industry boards together and attended countless meetings and events. She is a consummate professional and I am honored to know her and share her story with you.

SOCAL: You’ve been a successful singer and performer since your early twenties. Voice-over is a second career for you. How did that come about?
TINA: When I first moved to California, I wanted to take an acting class just for fun, and someone said to me, “have you ever thought about doing voice-overs?” They told me that there was a school where I could take a six week class very close to where I live called Del Mar Media Arts. So that’s what I did and totally fell in love with the endless possibilities it presented.

SOCAL: Did your lack of sight present any special challenges to your voice-over career? Any advantages?
TINA: Yes, there have been challenges. I have to make sure that the script is in Braille before I go in to the booth to record, and if a copy is lengthy like the documentary which I recorded for PBS, it can take several days to have the copy dictated and ready to go. Also, it’s very difficult to find Braille materials to use for cold reads which are on the spot reads. The advantage has been that since I can’t look around the room when I am reading, I can concentrate on the character more and do not have the tendency to have my mind wander.

SOCAL: Please describe one or two of your most satisfying client assignments. Maybe include one of your worst.
TINA: One of the most satisfying assignments that I’ve had was recording the narration for the documentary “Voices of a Never-ending Dawn.” There was so much history to it. It was fascinating. I also really enjoyed recording a spot for Goodwill Industries where my character presented a Special Achievement award to an employee with a disability. The toughest job that I’ve had was recording quite a lengthy spot for an art museum in Allentown, Pennsylvania. There were a lot of Italian names which I had to learn to pronounce. There were numerous changes in the script that were required, and when you Braille a script, there is no such thing as marking your spot. You have to re-Braille the whole script with the new lines added in. That was a tough one and took a long time to complete.

SOCAL: What advice would you give to aspiring voice-over talent, regardless of age?
TINA: Practice, practice, practice, even if you don’t have any auditions to do. Read something every day. Also, record TV spots, radio spots, and everything you can get your hands on, but don’t try to imitate anyone in the process. Be yourself. It’s all about being conversational.

SOCAL: You have had a guide dog ever since I’ve known you, a total of six in all. I am most familiar with your last two, Florida (pictured above), and currently Donovan. What is their primary value to you?
TINA: I used a cane when I was in college, but never felt comfortable with it, and that all depends upon each individual’s preference. There is no right or wrong answer to this, but when I received my first guide dog Celia, I felt a freedom and an independence that I had never known. I was able to walk quickly without having to count every crack in the sidewalk, and we became a team. To me, you can’t put a price on that.

SOCAL: What is the process like when you get a new guide dog?
TINA: When you get a new guide dog, people joke and say it’s like boot camp, but it’s really true. The training is very grueling, and you are scheduled with walking routes both day and night, classes and lectures, and you go non-stop all day long for a couple of weeks. Then when you and your guide dog return home, they still have to learn your home area, how to find your house, where to turn in and so-forth. I would say the whole adjustment process takes a little over a year.

SOCAL: What has been the most challenging part about having your own studio.
TINA: I use two programs that right now are having a lot of issues interacting with each other. I use a screen reading software called Jaws for everything I do on the computer and I also use Sound Forge software for my studio work. My recording program is just as important as my other program, and there are times when they really have problems interacting with each other. Editing takes much longer for me than it does other people since I’m doing it by key strokes, not with a mouse. It’s all challenging, but interesting in its own way.

SOCAL: What are your goals for the future?
TINA: Even though I love doing voice work, I don’t want to just abandon the music business. I’d like to record a CD with some great musicians behind me. I’d also like to record a YouTube video of music and voice-overs. I would also like to record jingles for commercials. On a personal level? To stay healthy, of course, because none of us can do anything without our health. To give back to others who have helped me along the way. I’d like to be a mentor to someone.

To hear samples of Tina’s work and learn how her talents can benefit your company or private party, visit her website http://tinawilsontalent.com/